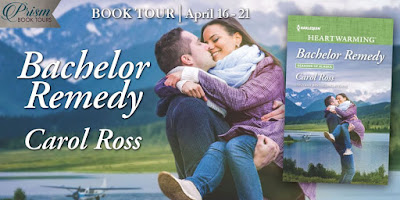 She’s the most unconventional woman he’ll ever meet…

and the cure for a perennial bachelor?

Raised by her healer grandfather, former army medic Ally Mowak knows her alternative approach to traditional medicine puts her at odds with most of her Alaskan town. That includes Tag James, the rugged transport pilot with the sprawling family and political ambitions. Ally couldn’t be more wrong for the aspiring senator. Then why does everything feel so right when they’re together?

She froze.
So did he. Then he sighed because what he wanted to do was pull her close and wrap his arms around her.
“Look, Ally, I’m the one who is let down. I like you, obviously. I’ve already told you that. And I’m beyond flattered that you would even entertain the thought of being interested in me.”
She stepped toward him, right into his comfort zone, and his pulse took off like a helicopter rotor at full speed.
“How could any woman not be interested in you?” Her voice was all soft, like she was about to tell him a secret, and his blood went hot as he remembered what happened last time she’d gotten this close. He stared at her full, beyond-tempting lips, now curling up at the corners, and told himself he should take a step back. This perfectly rational message sent from his brain was refused delivery by the rest of his body. Wrenching his gaze upward, he found her brown eyes full of teasing humor.
“I know for a fact that they all are, Mr. Most Eligible Bachelor. And you can count me right there among them.”
He made a growling sound, part desire, part frustration. “You shouldn’t be. I am too old for you and...” The rest of his words were lost, lodged in his throat like dry oatmeal, because she’d brought her hands up to touch his chest. They were toe to toe, and with her palms flat she slid her hands slowly up while he watched, fascinated, until they disappeared from his line of sight to wind around his neck.
Because she was so much shorter, she had to stretch to accomplish the task, and the move left only a fraction of space between them. One deep breath and she’d be flush against him... With a gentle pull, she urged his head to bow toward hers. She must have risen onto her toes at the same time because that last bit of space between them disappeared and their lips made contact.
Closing his eyes, he kissed her back, but only lightly, allowing himself this final goodbye. See, he could do this. One soft, sweet, goodbye kiss...
Then she made a little noise and went all boneless against him, her fingers biting into his shoulders. His arms tightened around her. Sliding the fingers of one hand up to the back of her neck, he curved the other around her hip and kissed her with everything he had.
Like it was the last time.
Because it was, he realized when she whispered his name. He had to stop this. He pulled away slightly. Her fingers bunched the fabric of his shirt and she laid her cheek against his chest. Tag rested his chin on the top of her head while he waited for his breathing to slow.


A long moment passed before she let out a soft chuckle and said, “Too tall, maybe. But definitely not too old.”

USA Today bestselling author Carol Ross grew up in small town America right between the Pacific Ocean and the Cascade Mountains, in a place where you can go deep sea fishing in the morning and then hit the ski slopes the same afternoon. The daughter of what is now known as free range parents, she developed a love of the outdoors at a very early age. As a writer, Carol loves to breathe the life she has lived into the characters she creates, grateful for the “research material” that every questionable decision, adrenaline-charged misstep, and near-death experience has provided.

Thank you so much for hosting me today, E-Romance News. Super excited to be here. Love your site! 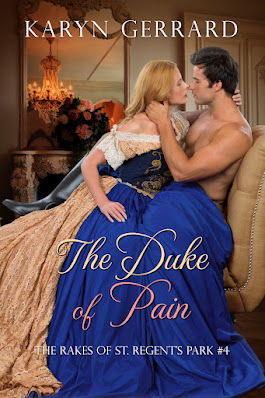