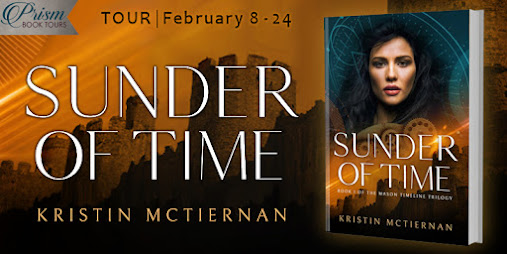 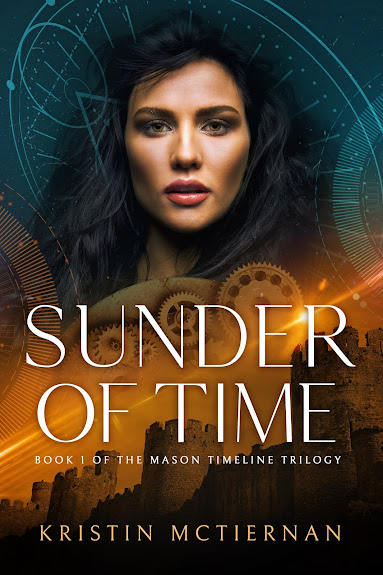 Isabella Jaramillo is accustomed to getting what she wants.

Living a comfortable life as the daughter of the world’s sole time travel magnate, Isabella has never suffered the irritation of being told no.

Only now she has gone too far and her soon-to-be ex-husband tells her no in the most vengeful way possible—by sabotaging her trip to the past, sending her to a distant land where the locals do not speak her language and are far from impressed by her haughty demeanor.

Now a slave, Isabella makes some surprising allies and discovers the truth behind her father’s rise to power and the terrible price the entire world paid for it. Somehow, she must break free and find a way home, not only to save herself, but to restore history to its rightful direction.

“My land is called Castile. It is within the Kingdom of Asturias. I was thrown from a ship, and do not know where I am.” She didn’t know if there was an ocean anywhere near here, but the excuse would have to suffice. “Who are you?”

The leader was listening intently, his eyes never deviating from her face, while the angry man—still beet red with rage—stood farther off with the other man who had looked at her so fearfully. But the teenager stood just behind the priest paying rapt attention. Did he understand Latin?

“I am called Sigbert,” her rescuer said. “I am a priest.”

Isabella smiled. It was a small victory to correctly identify him as a holy man. She was glad to have an ally here. However, her life depended on the wishes of their leader. Still kneeling, she lifted her eyes toward their master. “And you, My Lord?”

He did not smile as he looked down on her. “I am Cædda, Thane to King Alfred of Wessex.”

She looked at him in confusion. “Where is Wessex?”

Sigbert and Cædda looked at each other but did not answer her question.

“Will your people come for you?” Cædda asked, his stare seeming to dare her to respond in the affirmative. Were they at war? Did they think her to be a member of their enemy’s people? She knew nothing—nothing to even hint at what could be the appropriate response. She had only her training to fall back on. If you are ever confronted by a native with questions, stay as close to the truth as possible.

“No Sire,” she said, groping for an explanation. “I disobeyed my husband and was discarded. No one will be coming for me.”

The man who titled himself as “Thane” smiled at that, and Isabella wondered what kind of man now had control over her.

At first, she thought they’d do the right thing. A new timeline created by a misbehaving time traveler, a whole society crushed under theocratic oppression. Surely, the council would see reason. Surely, they’d help her fix the timeline.

Now jailed and under the constant, unblinking eye of her own personal guard, Shannan must fight not only for her freedom, but for her own sanity.

Her one ally is Paul Canaan, a member of the Council but not truly one of them. Living a life of secrets and lies, Paul works in the shadows to free Shannan, and himself, from the artificially created timeline oppressing them both.

Together, Shannan and Paul will have to escape their watchers—before they, and the world, are trapped in a history that should never have been.

Kristin McTiernan was born the daughter of a career military man and spent her childhood bouncing from one country to another. Her love of writing surfaced early, and upon discovering the double threat of comic books and Star Trek in middle school, Kristin spent the majority of her spare time creating new worlds and interesting people to populate them. Following in her parents' footsteps, Kristin enlisted in the Marine Corps at 17 and, upon her discharge three years later, settled into a life pursuing her love of words. She achieved her bachelor's degree in English from Emporia State University in her home state of Kansas and works as an editor to support her writing addiction. She lives in Kansas City with her husband and dog. One winner will win a Kindle gifted copy (gifted directly through Amazon) of Kristin McTiernan's supernatural mystery trilogy: Black Magic Omnibus: Books 1 - 3 of the Siren Song Series (US only)

Posted by Karyn Gerrard at 6:00 AM